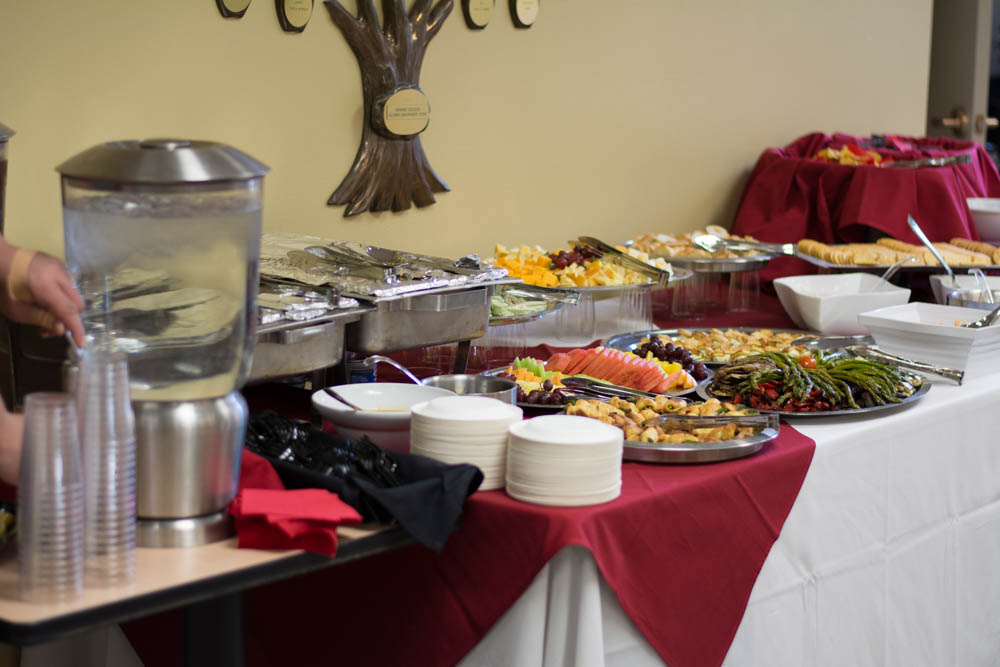 Well folks, here we go: Scribendi 2016.  The semester has gotten off to a great, albeit moderately overwhelming, start.  First order of business: team bonding.  Scribendi wouldn’t be much without a well-working, supportive team creating it.  As it turns out, we are all very busy people.  Prospects were grim, it looked like we were not all going to be available until October.  Waiting until October to be bonded?  Outrageous!  Luckily, after working everyone’s schedule out, we agreed to meet for a few hours on a Friday night.  That’s right, we are so committed to Scribendi that we will give up our Friday nights.  When you read this year’s edition of Scribendi, I challenge you to remember all the blood, sweat, and Friday nights that went into the making of this magazine.

All joking aside, it was a wonderful evening meant to truly break down barriers and make us feel connected to one another.  The events began with an icebreaker: your name, major, where you would want to study abroad, and an embarrassing story.  What better way to get to know someone than hear about the stupid things they have done?  A little uncontrollable, mildly guilty laughter goes a long way.

After the initial entertainment came a series of games designed to reinforce names and learn nonverbal communication.  These activities came to a climax with the human knot game.  Basically, we had to mix up our hands and grab someone else’s while standing in a circle.  Then, without letting go of anyone’s hands, we had to untangle ourselves until we were spread into one circle.  Fairly quickly, we were able to get ourselves into two interlocking circles.  We were pretty pleased with this accomplishment, certain we could not do any better, so we dropped our hands, declaring victory.  The mediator, in charge of seeing that we get properly bonded, shook her head, “No, no, you guys have to make it all the way!  Start over.”  A little dumbstruck and feeling somewhat like scolded kindergartners, we knotted ourselves up again, this time determined to complete the task.  Ten minutes into being contorted into a human blob, someone remarked, “Moral of the story, good enough isn’t ever enough.”  (Someone quipped in response, “I think the moral is don’t let go when you’ve already got two connected circles.”)  Either way, we did learn a valuable team lesson: no point in settling for good enough when it only means you have to start over.

This lesson has been apparent even in the first few assignments we have already done.  So far, we have learned the basics of critiquing and understanding a design and started figuring out Adobe InDesign.  Let me tell you, good enough on InDesign pretty much ensures that you will have to start over (at least for noobs like me).  I am sure that we will see this become a trend throughout the year because, honestly, who wants to read a magazine and think, “Meh, that was good enough.”?  Nobody.  People want to be amazed.  So get ready everyone, because we have already figured out that our edition of Scribendi needs to be a full circle, not just two interlocking ones.

With what has already been a fantastic start to the year, I thought I would pick the editors’ brains for a minute.  The editors all worked on last year’s edition so they have a bit of wisdom to impart.  I asked them the oh-so-difficult question: if you could sum up your Scribendi experience in one word, what would it be.  In response, I got the words valuable, fulfilling (aka thebestthingever), and rewarding.  Clearly the daunting flood of information and responsibility that is the first week of Scribendi morphs into an experience that is worth all the work that goes into it.  After the encouraging list of words from the editors and a team bonding under our belts, we are ready to face the year.  As I said before: here we go.