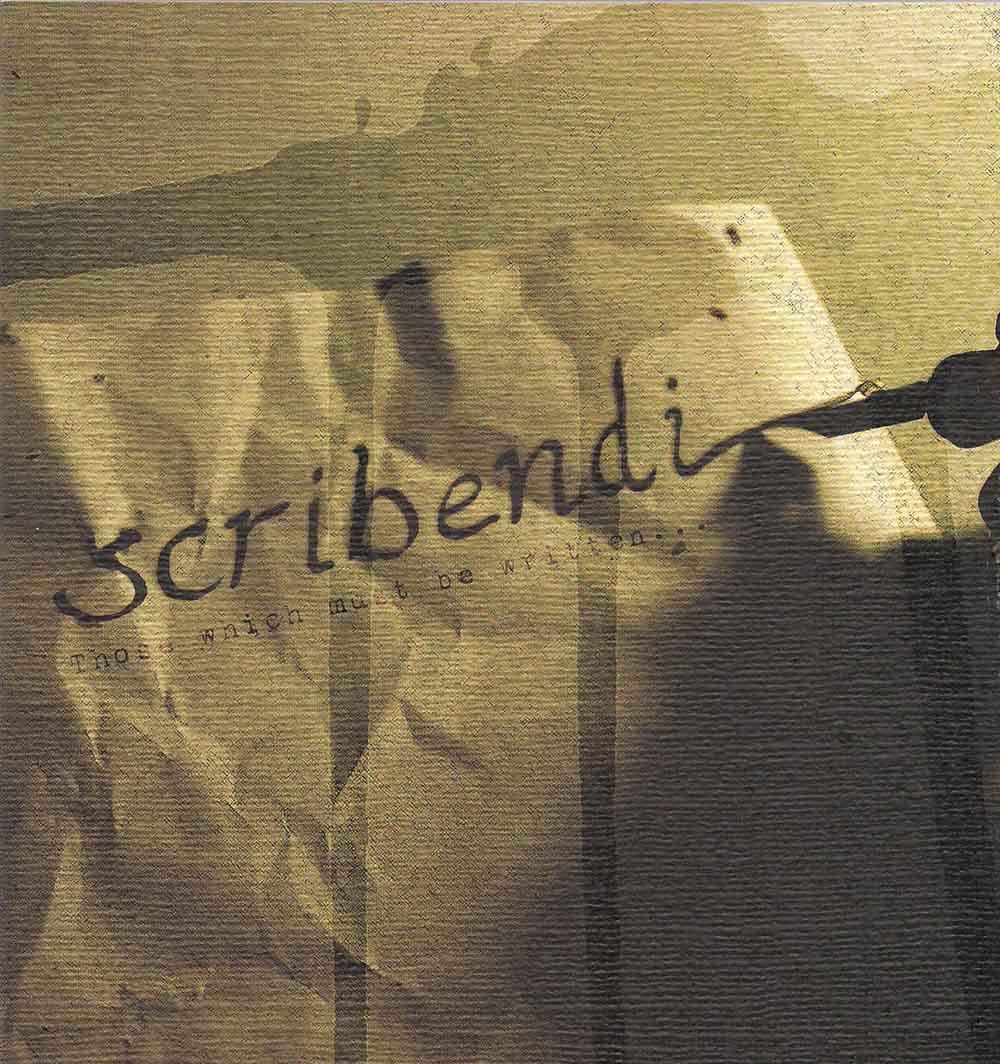 (by Sergio Carrasco and Jesse Montoya, based on an article by Alyson Alford-Garcia)

Have you ever wondered, while illegally downloading movies and music, about copyright law and how it affects you, industries, society on the whole? Well, we normally don’t either, but we’ve been thinking, now that we’re gearing up for another issue of Scribendi, about the ways in which copyright law might come to shape our future publication. Lo, handsome reader! Your Scribes have begun to investigate. Over the next few months we will be working on a series of blog posts concerning copyright law and its application to your favorite undergraduate WHRC arts and literary magazine, Scribendi.

In 2013, Alyson Alford-Garcia wrote an honors thesis entitled “Copyright Handbook for Small Print and Digital Publications.” Her wonderful and informative study will serve as a guide and catalyst for this discussion. She has provided the legal cases, information and framework necessary. Your Scribes will apply perspectives and analysis to Alford-Garcia’s work.

This week is our introduction. In this post we will explore the foundations of copyright law and begin studying how that might apply to Scribendi. How to begin…well, we intend to follow sound advice from the King in Alice’s Adventures in Wonderland. He tells us, “Begin at the beginning and go on till you come to the end: then stop.” The beginning of our journey down the proverbial rabbit hole that is copyright law begins with Wheaton v. Peters, the first Supreme Court ruling on copyright law. Then we will discuss Baker v. Selden, another milestone case that differentiated patent from copyright. And lastly, we’ll discuss Burrow-Giles Lithographic Co. v. Sarony, which clarified what forms of expression copyright covers.

Ironically enough, the controversy of Wheaton v. Peters arose from the publication of Supreme Court documents. Henry Wheaton, an official reporter of decisions had meticulously compiled and published numerous, somewhat pricey volumes on the Court’s opinions. He sold these to lawyers, judges, scholars, etc. for supplementary income. Richard Peters, his successor and an enterprising gentleman, in addition to his own transcriptions as reporter of decisions condensed Wheaton’s volumes from 24 to 6 and sold them. This had the effect of pulling the rug out from under Wheaton’s feet. Peters’ books, cheaper and more accessible, sold like hotcakes.

Wheaton sued for damages, of course, and expected to win. But instead the Supreme Court issued a ruling that would set an important precedent. The court denied Wheaton’s claim on the basis that he had failed to register his work for copyright protection. It ruled that though common law protected unpublished works, it could not protect a work “after an author (had) published it to the world.” This required a protection of a more specific sort, a privilege granted by the Court for the benefit of the creator. Although it might seem like the Court was unnecessarily procedural, the Court argued that since it was offering Wheaton and other creators a special protection, they ought to be able to comply with certain formalities.

From this we’re able to take away a few key points: 1) When in doubt, register. Copyright is granted as soon as a work is published in a “fixed medium,” but legal protections, such as in court proceedings, stem from a copyright’s registration. So if you think someone is going to steal your work, register it and watch the men in robes lay the legal smackdown. And 2) if you find a published work that hasn’t been registered, make it better and sell it! Haha! It’s called pulling an Edison! But seriously, boys and girls, stealing is wrong and definitely won’t get you credited with “inventing” amazing things like the light bulb, motion pictures and the fluoroscope.

Next up we have Baker v. Selden, another very important case concerning—you guessed it—money. This case stars the intrepid Charles Selden, another enterprising fellow, who developed an efficient bookkeeping method and wanted to cash in. Apparently under the impression that his method would be a big hit, he financed the printing of a large number of advance copies of his book, but alas, the book and system were a flop. And yet there did exist a market for the kind of system that Selden had devised. A few years before his death W.C.M. Baker produced a similar system that sold much better than Selden’s. Cue lawsuit.

After Selden’s death, his wife lawyered up and sought damages. Her grievance was affirmed in the lower courts, but when Baker appealed and the case went to the Supreme Court, the Court set another precedent. It determined that although a copyright could limn certain rights concerning publication of a work, it could not exclude the public from practicing the arts described within, essentially the difference between a copyright and a patent. Selden had failed to apply for a patent, which would have restricted the use of his system of bookkeeping to its purchasers. And so Mrs. Selden must have been infuriated when the Court ruled that Baker had not infringed upon Selden’s copyright, and that any business or institution so inclined could make use of Selden’s system gratis and without fear of liability for copyright infringement.

In their appeal to the Supreme Court, the company argued that because the U.S. Constitution had only identified protection under copyright to include “writings” they could not be held in violation of copyright infringement. They argued that the extension of protection to photographs through the Copyright Act of 1870 was unconstitutional. Their defense had apparently not noticed that the first Copyright Act of 1790 included protection for maps and charts and had later extended protection to other forms of visual media as well. And notably, that this assembly had included many who were present or presided at the first Constitutional Convention. The Court’s verdict was clear: that Congress “very properly (had) declared these (protections) to include all forms of writing, printing, engravings, etchings, etc., by which the ideas in the mind of the author are given visible expression.” Burrow-Giles was made to pony up the dough and artists everywhere could expect protection for their creative works, be they photographs, novels, GIFs, or other yet-undreamed-of approaches to expression.

Yay! We’ve made it through the first in this series of blog posts concerning copyright law. We’ve established three important concepts. First, copyright protection is a privilege granted by statute and not exactly a right, so play it safe and register your works. Second, that patent and copyright are not one in the same. Patent law protects the usage of knowledge. Copyright law protects the unique expression of it, whether it is in written, visual, aural, or other forms. Lastly, that copyright law does protect many mediums of expression and is updated regularly to extend to others; protect your works so mustachioed capitalists can’t profit off them without your consent!

That was fun! And if you’re anything like us, you’re already pretty excited to delve deeper into the murky realm of copyright law. So get your boots on and stay tuned for updates!