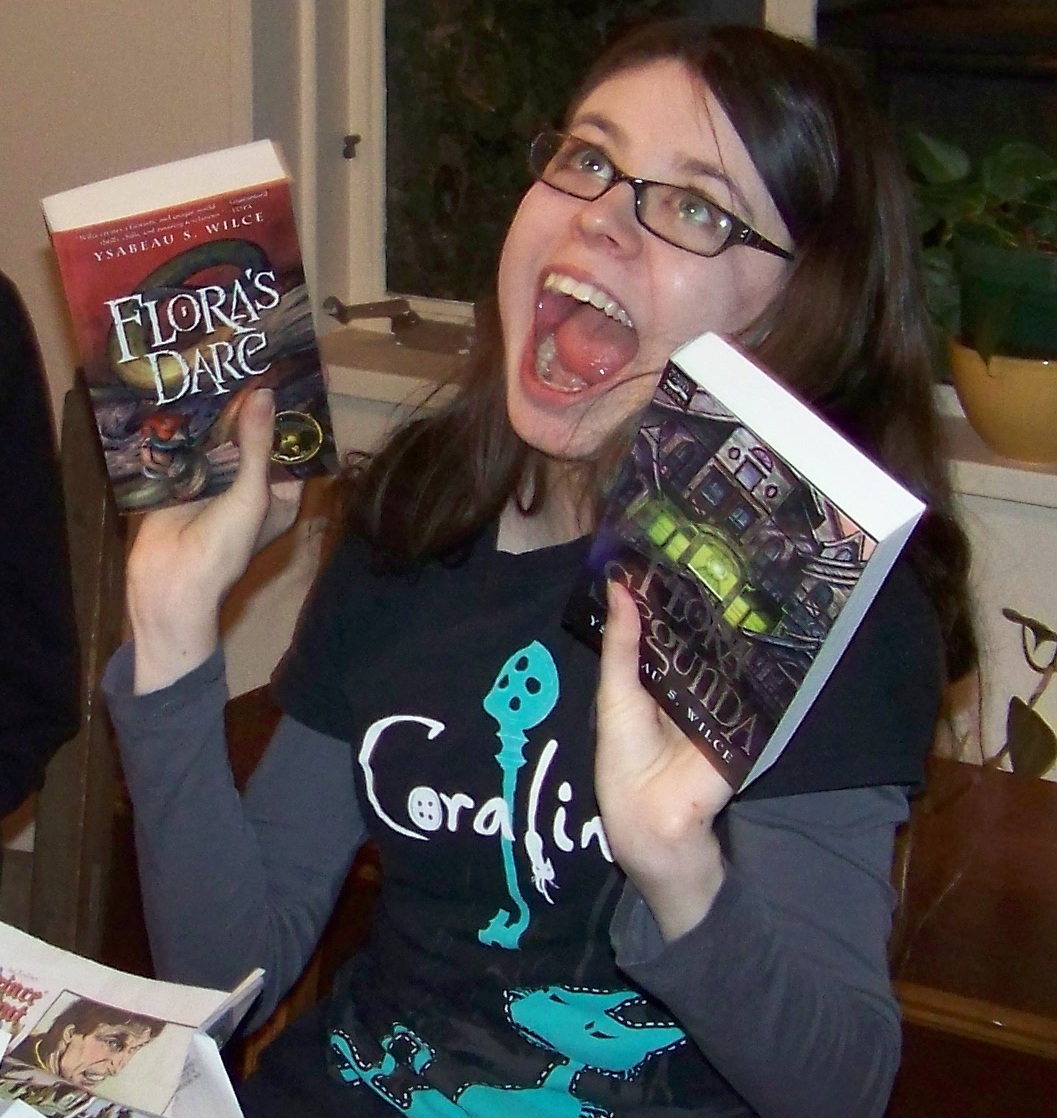 Alexandra Magel is a Scribendi alumnus who worked both as staff of Scribendi from 2015-2016 as well as the Editor-in-Chief for 2016-2017. Alexandra was on the internal design committee, consecutively for those years as well.

I had the privilege to work with Alexandra during her time at UNM in 2016 in a class we both shared under the English department. From my perspective, Alexandra was always on point, punctual, and detailed in the coursework and discussion in the course we shared. Before I had been aware of Scribendi, I could clearly tell that Alexandra’s love for the publication was root deep. She often brought information into the class to share the fond stories of Scribendi as the Editor-in-Chief. Now as a staff member looking back at her work and her foreward in the 2017 edition of Scribendi, it was clear that her dedication to magazine went far beyond the commitment needed to pass the 3-hour course Scribendi is registered under. With all that said, it was necessary to hear Alexandra’s story now that she has become a fresh alumnus in the world beyond Scribendi. Where is she at? What did she learn? What are her suggestions for those future Scribendis or submitters? She’s enriched us with a lot of her tips and tricks in her answers to the questionnaire below.

The first time I heard about Scribendi was when I picked up a magazine in my freshman year in 2013. It seemed incredible to me that students were given the opportunity to work on something that was so professional and polished. I started hoarding Scribendis, grabbing a copy of the new one when they came out.  Of course, I heard about the program through the classroom visits (the visits are important!), and I asked my peer advisor about it. At the end of my second year, I figured that I would always regret it if I didn’t at least try. I was shocked when I was asked to interview and even more shocked when I was invited to join the group (and flabbergasted when I was later allowed to be an editor, ha ha).

2) There’s many high-stress tasks that were required of you, especially in terms of picking up a new skillset you may not have had prior to Scribendi – how did you manage the pressure that came along in those moments during those two years in Scribendi?

At the beginning of the first semester of Scribendi, looking through the syllabus is pretty overwhelming (there’s a reason Amaris always tells people to come to her first instead of just dropping the class). There’s so many things you have to learn and it doesn’t seem like a lot of time. And, at some points in the semester, it feels like deadlines are just creeping up on you and you’re racing to finish. But, at least for me, that was the genius of the way the syllabus is designed: you move fast enough that you pick up what you need to know just as fast, so by the end of the semester you’re surprised at how many new things easily became second nature to you. Personally, I always try to combat not knowing something with trying to be prepared beforehand: I read all the suggested readings, I do the practices, et cetera. In Scribendi, though, one of the best ways to learn was to tinker around with the tools you were given to see what you could make with it. It’s amazing what you can learn while poking around a program or just around the office. I also learned that, if I was worried about doing something, I would be sure to reach out to someone and ask questions. Especially during the first semester. I tried to be in the office with the editors so that I ask them how to do something in InDesign or something like that.

This answer is getting long and rambly, but there was one thing I learned in Scribendi that I pride myself on: I got a pretty good sense of how long it would take me to do something. For example, if the editors asked me how long it would take me to get a draft of something done, I could give them almost exactly the amount of hours I needed. To be that aware of what I could do was extremely satisfying, and then knowing exactly how long something would take and how hard it would be helped alleviate the pressure.

3) Being a former Editor-and-Chief of Scribendi, what do you believe was the most rewarding moments or accomplishments you and the staff of 2016-2017 undertook?

Oof, there’s a lot. There were so many times when I was worried about an event going right, but in the end, goes smoothly because the team came together. I was often taken aback by the creativity and the thoughtfulness and the enthusiasm of my staff. We reached this level, especially near the end of the second semester, where we were just working well together, and I was awed by that feeling.

It seems unsentimental to say, but seeing the magazine in print for the first time is not that exciting. Having spent so much time looking at the magazine on a screen, tweaking it and fixing it and cussing at it – holding the real thing in print doesn’t reach that perfect “I did this moment” because it’s exactly what you expected it to be, nothing more. What was more special to me, as the editor, was watching my staff go through the things I went through while I was on staff. It was so exciting to me to see them react to seeing the signatures at Starline and those huge machines everything is printed on. The most rewarding moments for me was when I could help someone with something I struggled with in the past, to then soothe their anxieties and encourage them to try something new. Sometimes staff members would tell me that I helped them through something or that they appreciated something I did, and that was the most rewarding feeling.

4) Based on your experience with previous submitters, what suggestions would you give creators before they submit to Scribendi?

I always wished that we could have done a workshop on this! One of the first things I suggest to people is for them to go through what Scribendi has published before. Of course, because every staff is different, you can’t really predict what sort of things they’ll take. Looking through old submissions shouldn’t discourage you from submitting something different and new, but it does give you a kind of flavor of works and what the staff has been exposed to before. One of the questions that was constantly at the forefront of discussion was: “what does this bring to the table?” We were always looking for works that brought a new perspective and made us question other works like it – that’s what made a work stand out among the rest. Another important thing I recommend to submitters is to follow the guidelines! There are few things that annoy a staff member more than having to do extra work to read/look/listen to a piece. If your submission is in a difficult font, or is hard to open, then it has to be that much more impressive to overcome the difficulty of accessing it (especially when there are literally hundreds of works to go along with it!). It’s important to remember that the staff members are human, and that they’ll be looking over hundreds of submissions in a very short amount of time. Don’t make it too difficult for them to love your piece!

5) What’re some suggestions you would give to an incoming staff member or editor?

I would tell any incoming Scribendero to not worry too too much. Like Tulio in El Dorado, you worry just the right amount.

If you’re prepared to work hard and dedicate your time, you’ll do fine. The willingness to learn and the commitment to learn were the most important things staff members needed, far more than specific knowledge of programs and the like. Trust me, you’ll learn the programs and the tricks you need to if you take your assignments and your classwork seriously. Amaris has been doing this a while, and the syllabus is designed to teach you what you need to know – as long as you commit to it! You also need to be ready to be a team player and have compassion for your team members: anyone who has set foot in our tiny, tiny office knows that you need to learn how to work well with a lot of people really fast.
To incoming editors…the most invaluable advice I got from an editor about being an editor is to not worry so much about being like, say, the editor that came before you. Being yourself and learning what kind of leader you are works out much better than trying to be something you aren’t. Cheesy and hard to accept, but true.

6) If you could pick one memory of significance during your time in Scribendi, what would it be?

Only one! Hmmm, it’s hard to pick. I think the memory I get the most personal satisfaction from was in my first year at Scribendi, mostly because I can say I suffered willingly for Scribendi. It was winter break, I was on the design committee, and I needed to finish the final draft of my assigned version of the design. I needed to do it in the Scribendi office, which I had to wait to use until the heat was turned back on the building (or something like that? The ways of the SHAC basement are mysterious.). Exactly one week prior, I had gotten my wisdom teeth removed. So I have exquisite memories of sitting in the Scribendi office in the empty Honors building, cheeks puffed up and gums stitched, plugging away at my design while eating cold mashed potatoes and listening to rando scifi movies on a streaming channel (2017-2018 editors will know exactly what stream that was). I did that for like nine hours straight. And I did another nine hours the next day. I did something similar during my second year to finish my poster presentation for the first convention we went to.

I don’t share this memory to complain. These moments are some of my favorites because they’re ridiculous and I’m proud that I did something I dedicated myself to do. Even though it was rough at the time, I felt such control over myself and such power and joy in working hard at something I loved to do. I learned a lot about myself, so I wouldn’t trade those memories for anything.

7) Equipped with the knowledge and skills you gained through Scribendi, what are you plans to put those skillsets into practice for your later academic or professional career?

I always speak well of my time at UNM and in the Honors department because I credit Scribendi with showing me what I would be willing to do for the rest of my life. It was no surprise to anyone who knew me that I went into English, but even I didn’t know what I would do for the aspiring writer’s holy grail: the “day job” everyone else asks you about. I had tried lots of different concentrations in the English department, but nothing clicked as much as Scribendi did. I fell head over heels for trying out new designs, for copyediting, for caring an extreme amount about putting art into other people’s hands. Right now, the plan is to attempt to go to grad school for a degree in publishing and then work in the ever-changing publishing industry in some capacity. Also, right now, I’m using the skills I learned in Scribendi to do graphics and such things for the job I have (and I’m pretty sure I got the job I love now in great part because of Scribendi? Thanks, Scribendi!).