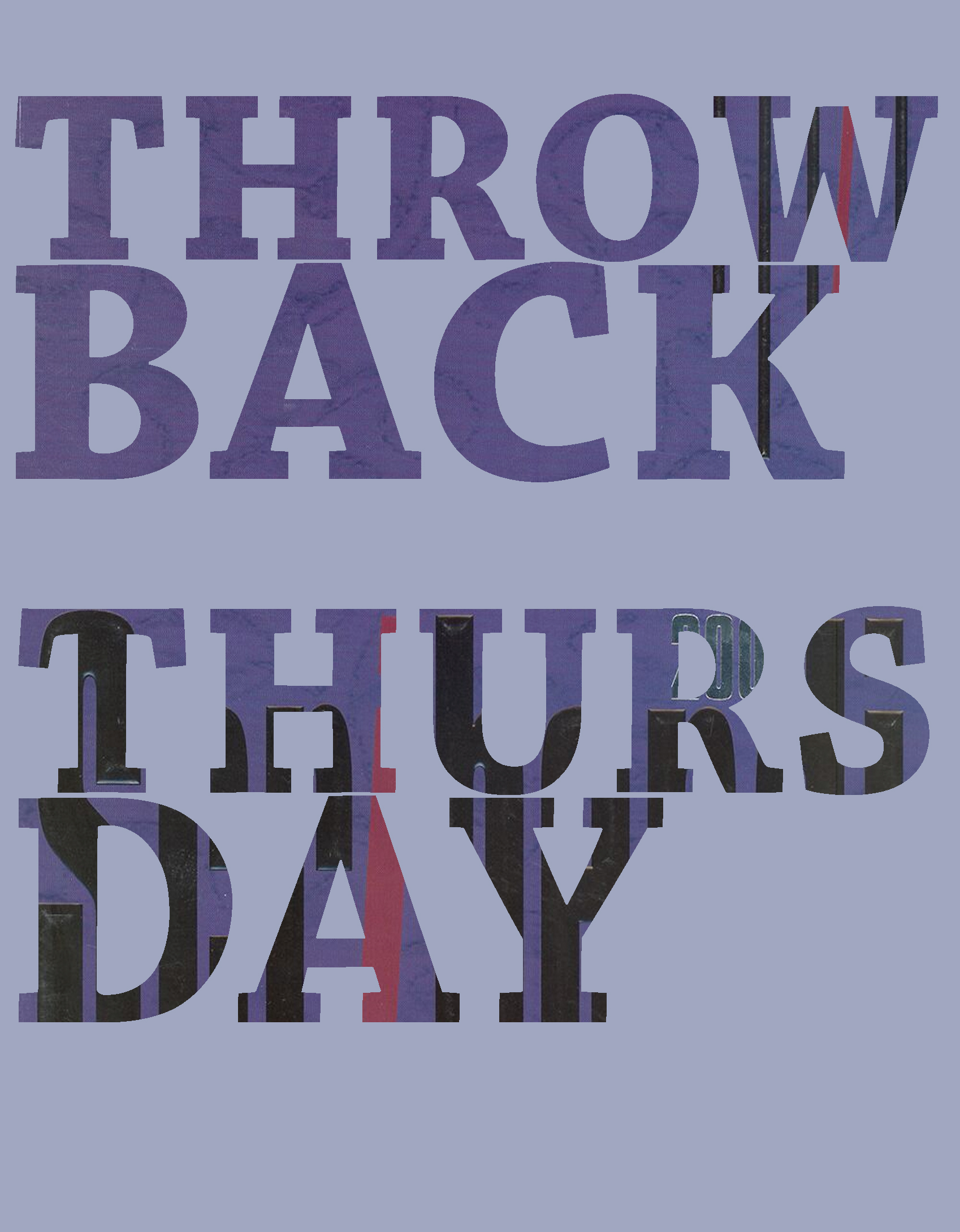 I followed Dave’s old, white van through the last light in Heber City, out past Strawberry Reservoir, and into Duchesne County to his little house in the red rocks and junipers. He had a bunch of old furniture in his barn and I was moving into a new place, so he offered it to me and I accepted. My buddy Seth came with. I asked him to come because I was uncomfortable being alone with Dave and also because I needed help moving the furniture. He was riding with me, and we were following behind Dave. It was twilight and his red taillights were swerving slightly and I knew he was drinking. Dave always put down six before he got home.
As we crossed into Duchesne County, the landscape turned beautiful. Around Strawberry it was kind of barren and brown, but as we got into Duchesne County the rocks turned red, and the stark little juniper trees twisted in the twilight, like an old man’s knobby hand reaching toward Heaven. We pulled down a dirt road and approached Dave’s home. It was a little doublewide on ten acres, and there were a few low buildings and sheds scattered about the property. We got out and stretched our legs after the long
drive.
Almost immediately we followed Dave behind the barn to stand in a circle and smoke grass. Dave warned us over and over again: “This is the best pot I’ve had in a long time, so I wouldn’t take more than one or two hits or you’ll just get stupid.” The pot was a little dry, but it was okay. Seth and I took our hits gratefully. I didn’t think it was great weed, but Dave was in his forties, and I thought maybe it was hard for a guy his age to get good weed, so I didn’t say nothing.
Mter the bowl we walked back toward the cars and Dave pulled out a few beers and offered one to me and one to Seth. We cracked them open-they were cold Coors Lights-and the carbonation burned in the back of my smoked- out throat and tasted incredible.
Dave offered to take us on the tour of his property and we agreed. He led us over to a shed with a fenced enclosure attached to it. Inside were the alpacas. I knew that Dave had alpacas ’cause we worked together. When Dave’s alpaca had a baby, he made a birth announcement and hung it on the bulletin board in the break room. It said, “Cassie had a perfect snow-white little baby. She is as
perfect as they come.” The flyer had a black and white picture of the animal and listed its weight and height and all that. I thought it was a strange thing to do on Dave’s part-to make a birth announcement for an alpaca-but he loved the damn thing. “As payment for boarding the two adults, I got to keep the baby as my own,” he explained. “When she gets bigger I wanna enter her in contests. If she gets a few blue ribbons, I’ll be able to sell her for ten thousand bucks, maybe get out of debt.” Seth and I nodded and watched
these funny things as they sniffed us.
After visiting the alpacas, Dave showed us the cabin. This was a separate building from the doublewide where he and his wife lived.
He took us inside. The building had old log furniture in it and a wood stove and it was about eight feet by ten feet. Dave told us about the roof. He said it was very tight because he had re-sealed it, and he explained the construction process involved in building a log cabin. He said, “If you want sometime, you guys could bring all your friends out here and spend the night. I’ll build a big fire
and buy beer. You’d all be more than welcome.”
Seth and I just nodded uncomfortably and said, “Yeah. That’d be fun.” It was these kinds of things that made me not want to be alone with Dave. He was twenty years older than me and always trying to get me to spend the night at his house. I suppose he could have just been lonely, but I know how older men tend toward me so I get nervous. I always just try to avoid the issue.

After the cabin, Dave offered to show us around the rest of the property. I wanted to just load up the free furniture and head out, but I couldn’t refuse, because Dave was being so nice and gentlemanly. We went past the doublewide. I could see the TV on in there and figured it must be his wife, but he didn’t offer to introduce us, and she didn’t come out, so we just passed by. Dave led us out into the desert a bit. The sun was completely down now, and the stars were emerging. We walked a few minutes until we couldn’t see the lights of the house anymore. Dave showed us his fire pit and his favorite boulders. Seth told me later that Dave was one of the nicest guys he had ever met but that during the hike he thought Dave might be taking us out into the desert to kill us. It

could have just been the weed, but it seemed like we were way out there. He showed us a boulder that looked like a rooster.
After a few more minutes of walking we came to a card table standing in what felt like the middle of nowhere. There was nothing around it but dirt and a few junipers. On the table there were dozens of rocks. I knew that Dave had a thing for rocks and Indian artifacts. He was always bringing arrowheads and pieces of quartz and things like that to work. He showed me something like that at least once a week. Now I knew that he had more. He held up a big, round, brownish stone and said, “You can tell that someone used this to grind up corn or something. See how it’s all worn on this side?” Then he held up some bits of flint and said, “See? You can tell someone worked on this trying to make a tool or something.” Some of the rocks looked like legitimate Indian pieces-a few were obviously arrowheads-but a lot of them looked like plain old rocks. Seth and I tried to act interested, but it just seemed so strange.
We left the card table after a time and walked back toward the house. Dave had had one beer or another in his hand for the duration of the tour and seemed to be getting drunk. He kept losing the path. Once we got back toward the house, he stopped to
show us a little shed about the size of an outhouse. He opened the door and there were boxes and boxes of rocks-hundreds of rocks. He picked up various rocks and explained why he liked them. Some he liked for the color. Some he liked because they were rare. Some he thought Indians had used. There were several boxes filled with large chunks of a rough-looking quartz. Dave said that if he ever got the money together, he was going to buy a diamond saw and cut up that quartz and make it into jewelry. He said,
“There’s nothing I like more than gettin’ stoned and walking around in the desert and lookin’ for Indian stuff.”
I looked at Seth. He smiled and took a sip of his beer and said, “That doesn’t sound like too bad a gig.”

Finally we came back to the doublewide. It had a nice, big porch built onto the front of it. Dave’s wife was on the porch with three greyhounds. I noticed the porch had rocks all over it. The railing around the porch was lined with rocks as well. Dave’s wife was frantic and moved quick compared to Dave. She kept forming a tunnel with her legs and letting the greyhounds run through the tunnel as she rubbed her hands down their skinny backs. When we approached she yelled out in a very friendly but sardonic voice,

“Did Dave show you all his rocks? He thinks they all belonged to Indians, but they didn’t. Most of them are nothing.”
Seth and I looked at Dave. The porch light illuminated his reddish hair under his cowboy hat. His eyes were a little blurry and intoxicated. He looked down at his worn-out leather boots and said quietly, “Maybe I’m just stupid, but I think the rocks are neat.”
“No, they are,” I said.
“Some of those are definitely Indian stuff,” Seth agreed.
“I like it,” Dave said quietly.
We stood there in awkward silence with the weight of a thousand crickets chirping in the night. His wife was bathed in artificial light on the porch. She continued to play with the greyhounds and told us that greyhounds were the original dog and that every species of dog has some greyhound in it. I thought she was crazier than Dave. I hated her because she had made Dave feel ashamed-she had made a grown man feel silly for something he was passionate about. Mter we got away from her, I backed my truck up to the barn. Seth, Dave, and I carried furniture out of the barn and loaded it up. Dave told us that it belonged to the old woman who had lived there before him. She died; that’s how he got such a great deal.
Finally, we prepared to leave. I was more than anxious. Dave was pretty drunk now. “Are you sure you guys aren’t too drunk to drive?” he asked.
“No, I’m good,” I said.
”And you’re not too stoned?”
“No, really. I’m fine. I appreciate this, Dave.” “You guys could spend the night you know.”
“I appreciate the offer, but really-I’m not that drunk. Thanks for the furniture, man. I’ll see you Saturday?”
“Yeah,” he said. “As long as you don’t die driving home.”
“You forget,” I told him, “that you drank four beers to my two. I’ll be fine. Thanks again.”
Seth and I got in my car and pulled away down the dirt road. I looked in the rearview mirror and saw Dave’s silhouette wobbling in the red taillights.