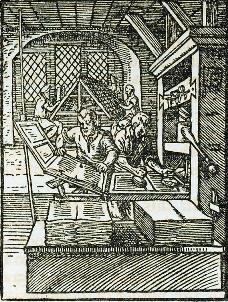 Let’s talk about the exciting world of minimags instead.

This entire semester has been action-packed for the staff, with a lot of…staring at a computer screen. That doesn’t sound very action-y, but trust me, it’s been intense. Early on we had to learn how to work InDesign, so we had a lot of assignments related to that. Not to mention roughly eight hours worth of Lynda.com videos we had to watch. Then, when it came time to discuss submissions, we had to go through them all. That was over four hundred submissions, which we had to go through and think about within roughly a month.

After all that work was done the staff had a new assignment. We’d been aware of it from the very beginning of the semester, but it only became real in the last month. We were each tasked with creating a ten(ish)-page mock of what the inside of Scribendi 2015 could be. There were selections of art, poetry, and prose from which we could pick the ones we wanted to work with. We had to copyedit the literature pieces we wanted to use, design the layout, find the fonts, put it all together in one InDesign file of awesomeness, and then write a paper about it.

If that sounds like a lot of work, it was. I spent probably four hours just looking for fonts. Every staff member spent a lot of time on the assignment. When it was due, we were able to look at all of the other minimags and papers.

Now we’re in the phase of figuring out what the inside of Scribendi will look like for 2015. We’ve got a wonderful design team of five of the staff. They’ll work over break to create the design that we’ll work with next semester, when we start putting everything together.

This is where I get to say our work isn’t done, even for break. In addition to the design team putting in hard work for an internal layout, everyone gets to think about covers. Over the winter break, we’re all expected to design mock covers to go with the rest of the design. Then, when we come back next semester, it’s copyediting galore.

A staff member’s work never ends. We’ll all be taking some time to relax and catch up on sleep, of course, as well as whatever else people do over break. I can only really speak for myself when I say my thoughts over break are going to continue to be along the lines of ‘how can Scribendi be the best it can be?’

After working with the rest of the staff for this entire semester, I’d be willing to bet their thoughts will be in the same place. Everyone on staff is awesome and dedicated, which is great for Scribendi 2015.

I’ve taken enough of your study time. Go prepare for finals (and if you don’t need to do that, go do something creative and fun), and have a fantastic break.