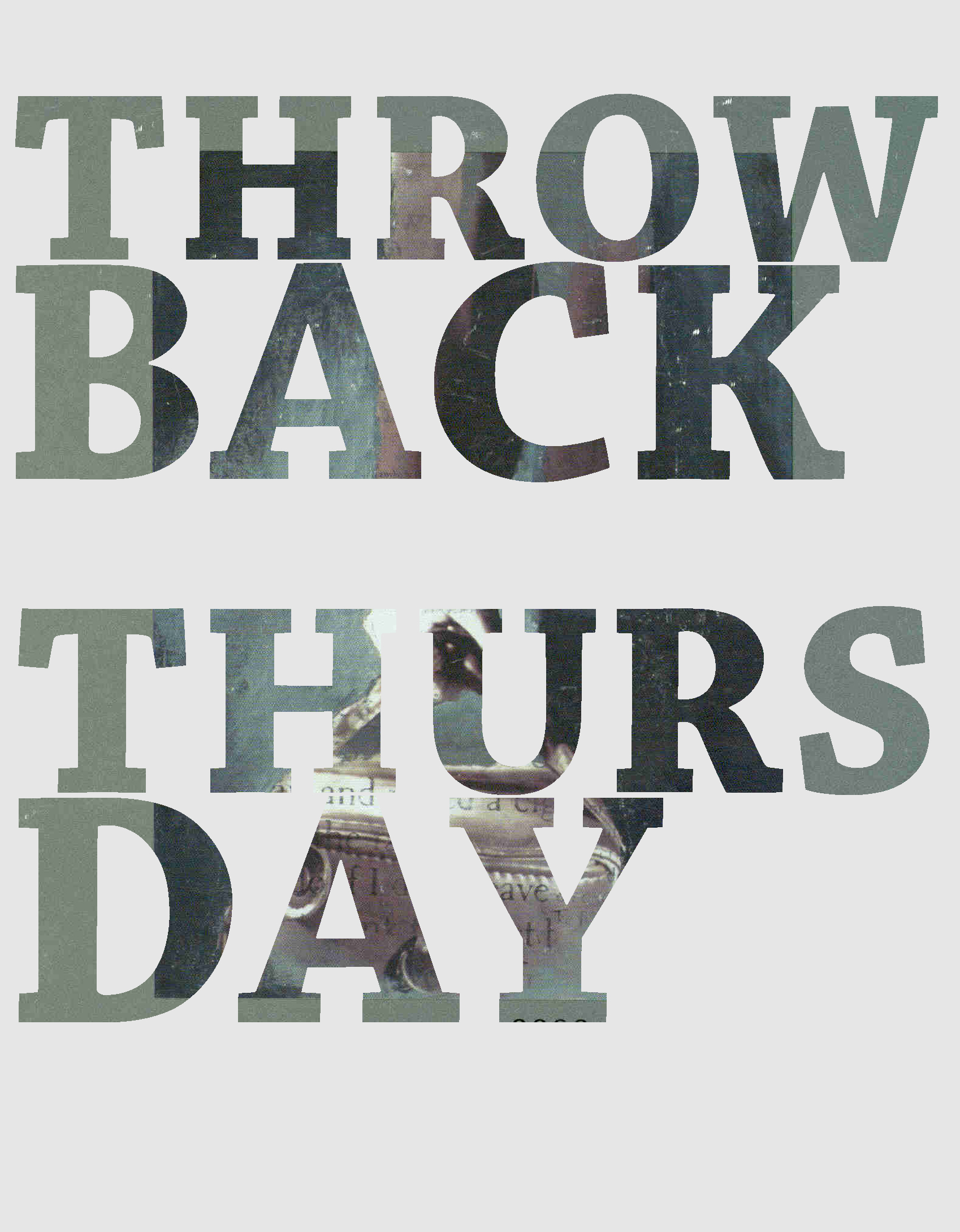 Marlo of the Matanza
Leeanna Torres – 2000

I stood, in the not so early morning, and cried for my Marlo. I watched them take him away while I stood in the cold kitchen, still dressed in my pajamas, and my feet bare of any socks or shoes. The ones who took him were my kin who said they were only coming to borrow an ax. But when they drove up with that silver bullet of a trailer, I knew they were coming   for   more   than   just an ax. They had in fact come for Marlo. Maybe the whole ax bit head just been a cover up. Maybe they had meant to come for Marlo all along, too early, and much sooner than they had originally said.

The two boys opened the back gate and Marlo walked into the trailer without   any hassle. That was an uncommon attribute for his kind; to give no hassle. And yet Marlo had always been that way, hardly any trouble, and more than a joy.  Marlo had al-ways been such a good pet.  Many say his kind are stupid, dirty, and smelly, while science says his kind art’ among the most intelligent animals on earth. But I didn’t need science to tell me he was smart. His actions proved he was more intelligent than any of us could have ever imagined.

One evening I surprised him and went out to give him an early meal. He was not in his pen, so I jumped up on the fence and began looking for him out in the field.  Sure enough, he was out under the shade of the trees, silting among the throng of cows, acting as though he were one of them. I laughed at the thought of his confident ego.

“Marlo!” I shouted out to him. No response.

“Marlo!” I shouted again, this time louder. The second shout caught his attention, and his ears perked up while his eyes searched for the owner of the shout. l shouted once again and suddenly he knew that it was me who was call­ ing him. Without any hesitation he began running toward the corrals, causing the cows to scatter in a panic. They of course had not heard my call and would not have paid the slightest attention even if they had.  But Marlo paid heed to my calling, and he ran in from the field. Yes, he ran.  Many think his kind cannot possibly run, because of their sloppy weight and bulky figure, but Marlo ran, out of breath when he reached his destination, but he ran. There were two entrances to his pen, one next to his feeder and the other near the rear of the pen.  As I busily prepared his meal of corn and water, he had come to the end of his run and had reached the front door of the pen.  As I was busy with the mixing, I had not realized the door he stood at was locked. He could not get in. At this point, he did not stand at the door, helpless and begging me to open the door for him. Instead of waiting for my assistance, he ran around to check if the other pen door was open. I watched all of this in amazement. Any other animal would have stood at the locked door, dependent and helpless. But not my Marlo. Instead he ran around to the other side of the corral, found the back door open (the one that was usually locked, but he checked it anyway), and ran in to enjoy his supper. Marlo was never helpless or ignorant. Yes, Marlo was   more than just a pet or an FFA project. He was a clever, whimsical, and intellectual animal, born only to die and   bought only to be killed.

My family was going to have another one of their great Matanzas. They would invite family and friends over to the house on a brisk winter weekend morning and have them stay well into dark to celebrate with good company, good food, and damn good Spanish songs. The wonderful and traditional Matanza- filled with culture, coffee, and drunken gossip. Matanzas have always played a significant part in the Hispanic culture for countless generations. The Matanza is both cultural and traditional. It is ritual. It is an act of corning to­ gether and sharing with family and community. It is all of these things and more, and it is done for food, fellowship, and celebration.

History books and weekend his1orians tell much about the matanzas, but fail to mention or describe in detail, the underlying factor which is crucial to the matanza: all the blood and guts. In reality, matanzas are very graphic for the untrained eye. They are not just about cul1ure and tradition. There is no denying the death aspect or the matanza– a bullet to the pig’s head, draining the blood, shav- ing off the hair, removal of the intestines, cutting up the meat, fat cooking in its own hot liquid, yes, it’s all there, all of that and more. Much more. And yet each step, from the cutting to the cooking, has a purpose in the ritual of the matanza. There is no waste; not even the blood is wasted. That, too, is a significant aspect of the ritual, the fact that nothing is thrown away. It is that very aspect which should reflect on our own lives as a people; nothing should be wasted, nor taken for granted. “La unica cosa que se pierde en una matanza es el grunido” (The only thing wasted is the pig’s squeal/grunt).

I will not say the matanza is only about culture and tradition. It is also very much about death. To deny the death aspect is to deny the ritual itself and all it signifies. Death which the matanza promised was the reason I was afraid for my Marlo. To know a beloved animal had to go through such a ritual was difficult to understand. But it was all part of the matanza.  And not only part of a matanza, but a part of our lives as humans.

Our culture must remember that hamburger meat at the super-market is not grown within cellophane wrappers. Vegetar­ ians and animal rights activists of our day have a problem with the slaughter of animals, believing it is inhumane and cruel. They would perhaps be angered by some, or many, or the actions that take place during a matanza.

But when one does not understand, the true matanza make no sense. On the surface, it seems to be a barbaric act of ancient violence that our sophisticated society has no need of. But little do we realize how desperately our society craves and needs ritual as a means of returning to the roots of ourselves. Supermarkets may offer us nice clean packaged food, but rituals like the matanza offer us both physical and spiritual nourishment. Celebration, tradition, culture, and death are all aspects of the matanza; none of which should be forgotten or denied. And yet I could not help but feel saddened at another reality. My Marlo, the pet I loved, was to play the most important part in this ritual. While everyone bit into slow-cooked tender liver or ate chicharroncs wrapped in warm tortillas, no one would think of Marlo. my happy Marlo, who would happily follow behind me on a summer afternoon stroll and around the fields while the cows stared at us in bewilderment.  But good meat, good beer, and a good matanza on a Saturday morning was all that mattered. It was all a matter of the greater good.

My sympathetic aunt said she should not have killed Marlo.

“It was wrong to kill him,” she said.

I held similar sympathies, and yet I also held tradition.  It was like being caught between a middle ground. I did not want to kill him, but I knew it was the only choice. What else could I have done, kept him for ten or twenty years until he was old and ugly? Maybe. Or maybe this death was a kinder end?  l, along with the rest of my family, all knew death was a questionless destiny for Marlo who had been bought in spring and raised in summer. It was now winter, and as my two cousins loaded Marlo into the trailer, he seemed to be unafraid of what was in store for him at the home of my kin.

Not far away, they were sharpening the knives, taking out the parllia (grill), and feeding the fire. The knives would be used for culling and separating the meat, and the parllia used for the delicate task of cooking. They were prepar­ ing the tools of slaughter. But it was through that very slaughter that many mouths would be fed.  It was through that slaughter that many people would co me together to celebrate each other’s company, drink until they were happy, and have a good time until they were full. Marlo would meet death at the house of my kin. Because of him many good things (except for Sunday morning hangovers), would result. Somehow he seemed to know it. Marlo did not deny his destiny as he happily walked around inside the trailer.  And so, I too, accepted his destiny as they drove off with him for the last time.

Watching through the metal bars of that silver bullet of a trailer, I saw his ears perk up for the last time, and I realized his destiny of death was not heartless or barbaric, but instead a thing worthy of celebration.  The tradition of the matanza was indeed a wonderful thing, and I was   glad that both of us could be a part of it. He was giving up his life, and I a piece of my heart. Some say there is a place in heaven for all the animals that have known love, and I believe it to be true.  And so Marlo’s death was far from cruel or wrong. The tradition of the matanza would live on!

I knew the trigger and bullet would grant him the fast death he deserved. At least I was confident in that much.  He had accepted his destiny, and I had too. And yet still…

I cried, while shoeless, for my Marlo.